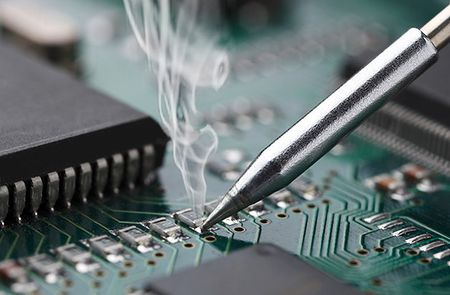 Soldering is a process in which two or more items (usually metal) are joined together by melting and putting a filler metal (solder) into the joint, the filler metal having a lower melting point than the adjoining metal. Soldering differs from welding in that soldering does not involve melting the work pieces. In brazing, the filler metal melts at a higher temperature, but the work piece metal does not melt. In the past, nearly all solders contained lead, but environmental and health concerns have increasingly dictated use of lead-free solder for electronics and plumbing purposes.

The Soldering Iron is an amazing tool that allows us to construct circuits with sturdy connections between components. The detailed steps to do this can be found in videos on the Description section.

Before using a Soldering Station, students will need to read some documentation, watch some videos, and pass a quiz on Canvas. Upon completion, students will be given the following PCB and components to assemble the circuit below. Upon completion, they will have the PCB Lab volunteers assess their work and confirm operation. The deliverable will include a video of the working device and a crisp "Thumbs Up" from the PCB Lab Volunteer to assure that the student successfully completed the task. 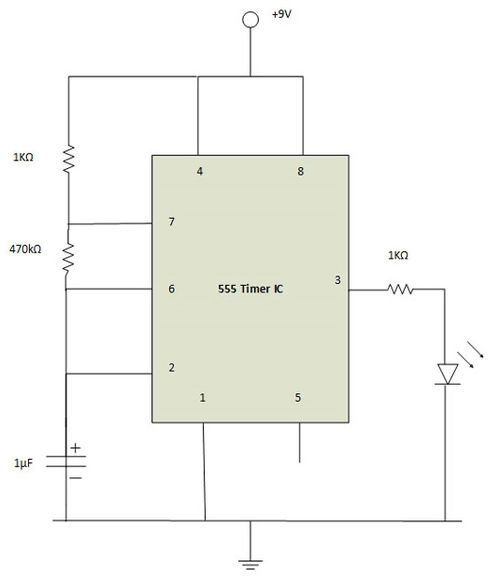 There are two things in particular that could keep you from successfully soldering: an untinned tip and a loose tip. If the tip is not shiny silver, then place a little solder on the tip and wipe it on the sponge. Some soldering irons allow there tips to be replaced for the sake of having different shapes. If the iron is not heating up and you are using this type of iron, it is possible that the tip is not inserted into the iron fully. To fix this, grab some pliers (so you don't burn your hands), grip the shaft and push it in fully. After you have finished soldering, you might check the electrical continuity of your solder joint with a DVM.

The maintenance for the soldering iron generally consists of keeping the soldering station cleaned, stocked, and the iron tinned.